The College of Law hosted its Alumni Weekend titled “Serving Veterans at the College of Law and the Community” on September 25 at the Great Hall, National Veterans Resource Center. The oldest alumnus and veteran of the Living College of Law, Robert Gang, received a certificate from Elizabeth G. Kubala, Executive Director of the Betty and Michael D. Wohl Veterans Legal Clinic, in front of current professors, alumni, students and guests of honor. . (Photo by Mike Roy)

Gang grew up in the Syracuse area and attended Christian Brothers Academy for high school. Her father gave Gang limited choices for her next steps after high school: “My father gave me an option. It was Syracuse University or no university, ”says Gang.

Ultimately, his goal was to attend law school, so he majored in political science. When Gang entered college in 1935, he said he had to complete a requirement for a gym class. He was rejected from the sports department, so he chose Army ROTC as an alternative to gym classes. He ended up joining the program as a cadet. Gang was a member of the Pershing rifle team at Syracuse University. Gang used a shooting range in the basement of what was then the Archbold Gymnasium and trained on targets 50 yards away.

Syracuse University was a smaller regional campus when Gang attended there in the 1930s, and Gang did not live on campus as an undergraduate student. Instead, he lived at home with his parents and two siblings, walking 3 1/2 miles to campus for classes, including during the harsh winter in Syracuse. Gang graduated in 1939 and immediately enrolled in law school.

Before graduating with his law degree in 1942, Gang took an Army physical exam in December. He was told he was due to report to the 630th Tank Destroyer Battalion at Fort Jackson, South Carolina the following month. He had five credit hours from a law degree. He completed his degree by passing his final while in service and passed the New York State bar exam on May 22, 1946.

He then served from 1942 to 1951 as an infantry officer in the United States Army. Gang’s legal training was a tremendous resource for those with whom he served, especially when he represented soldiers accused of misconduct. In the military, Gang encountered many situations where he was given a task he had never done before. He often did as much research as possible, employing study habits he had acquired as a law student. 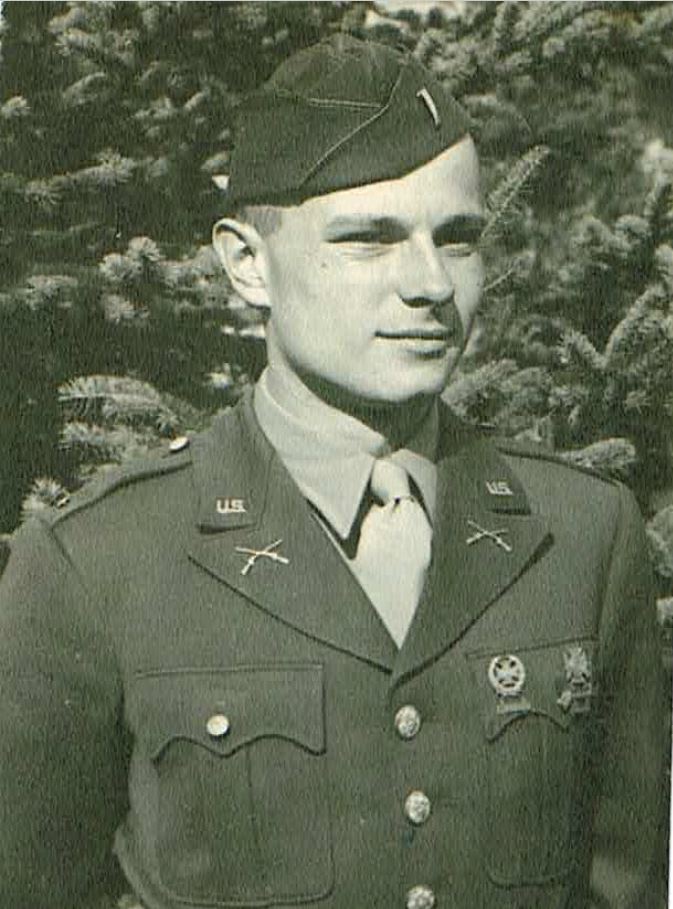 Bob Gang served from 1942 to 1951 as an infantry officer in the United States Army.

After serving his country, Gang returned to Syracuse and began a very successful career in private practice, working in the firm of Smith, Dolan, Gieselman and Gang. He specialized in real estate law and was deputy legal counsel to the city during his career. Gang practiced law for 50 years, volunteering until he turned 80.

Today, Gang lives with his second wife, Holly. He has eight children and 15 grandchildren. Gang’s family continues their legacy. His son-in-law, Ed Moses L’68, and his grandson Matt Moses L’97 both attended Syracuse University for their law degrees. Gang’s advice to people, especially law students, after more than a century of experience is, “Do your own homework.